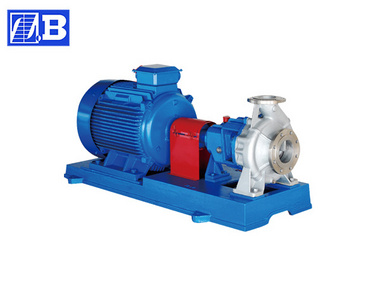 When the gate valve is closed, the local head loss of the pipeline increases, the characteristic curve of the pipeline system moves to the upper left, and the pump operating point also moves to the upper left. The smaller the gate valve is closed, the greater the local head loss and the smaller the flow rate. It can be seen that throttling adjustment not only increases the local head loss, but also reduces the water output, which is very uneconomical. However, due to its simplicity and ease of use, it is widely used in small water pump installations and water pump performance tests.

It is currently the most commonly used and most popular method of use. Install a regulating valve on the water pump discharge pipeline, and adjust the flow rate by changing the valve opening. The method is simple and reliable, but the power loss is large, the economy is not good, and the effect of small flow or small flow is not good.

By changing the speed of the pump impeller to adjust the flow rate, this method has very little additional power loss and is the most economical method. However, it is necessary to add a variable speed mechanism and a variable speed motor. The initial investment cost is relatively high. The constant pressure variable frequency water supply system and the central air conditioning cooling water (frozen water) circulation system are two typical examples of the application of variable frequency speed regulation in water centrifugal pump regulation. The method of changing the speed is most suitable for centrifugal pumps driven by steam turbines, internal combustion engines and DC motors. Frequency conversion can also be used to change the motor speed, and sometimes the speed can be adjusted by using a fluid coupling.

Using bypass to adjust the flow rate can solve the problem of continuous operation of the centrifugal pump at a small flow rate, but the additional loss caused by the insufficient utilization of the split flow rate increases, and the process pipeline also increases.

8. Cutting the outer diameter of the impeller

Changing the impellers of different diameters to adjust the flow of the pump. Power loss is small, but impellers of various diameters are required, and the range of flow adjustment is limited.

Blocking several impeller channels (even numbers) reduces the flow of the water pump. It is equivalent to throttling regulation, but it is more energy-efficient than regulating valve throttling.

11. Adjust the exit angle of the blade

Adjusting the flow rate of centrifugal pumps by changing the outlet angle of the impeller blades is mostly used in axial flow pumps.

13. Increase or decrease the number of centrifugal water pumps