The transportation of urban sewage is sent to the sewage treatment plant for through the pump station, and discharged into the river after reaching the environmental protection standard. Rain can be directly discharged through the pump station. Therefore, the safe operation of the station is directly related to the civilization of the city and to the quality life of the people.
Request A Quote Email us
Industry Problems

The transportation of urban sewage is sent to the sewage treatment plant for through the pump station, and discharged into the river after reaching the environmental protection standard. Rain can be directly discharged through the pump station. Therefore, the safe operation of the station is directly related to the civilization of the city and to the quality life of the people.

Water pump is used to water lifting and drainage and it is also the main part of the pump station. It is more common to use the submersible pump in the pump station where the city discharges the rainwater and sewage. It is usually fail when the pump is in daily operation and the main reasons are the following.

1. The impeller is blocked by sewage. During the operation of the pump, the impeller is often jammed by sewage or damaged by hard objects such as wood blocks and steel bars due to garbage in the water inlet pipeline. In operation, there are problems such as large vibration, high noise, unstable operation, large load current, which are causing overload tripping and motor stalling.

2. Abrasion of pump cable Most of the pumps used in sewage pump stations and large rainwater pump stations are submersible sewage pumps and submersible axial flow pumps. Most of the submersible pump cables are in the water. If they are not properly fixed, the cables will sway with the pump when running. If the cable is long, it will be worn out, causing the damage of cable or a short circuit in the power supply. Or because the cable connector is not tightly sealed, water seeps into the dry motor or the oil-filled motor, which destroys the insulation performance of the motor. In the course of operation, the pump often has such failure due to negligence or lack of experience and failure to find the problem in time.

3. Abrasion of bearing When using the vertical axial flow pump in pump station, as the large amount of muddy sand, dirty and corrosive components in the water, the wear and corrosion of the pump rubber bearing are quite serious. The gap between the bearing and the transmission shaft is easy to enlarged, and the the friction of pump impeller and the outer casing can cause pump vibration, and in severe cases, the pump will be broken.

4. Cavitation of pump There is a close relationship between pump cavitation and pump installation elevation and influent flow regime. Almost all vertical axial pumps will cause cavitation. The cavitation of the pump mainly occurs on the spherical surface and the impeller. The long-term cavitation may gradually enlarge the honeycomb area and even perforate the pump casing. After the abrasion of impeller and casing, causing the cavitation and the flow will decrease, the vibration will be intensified, and the pump performance will be decreased, which is affecting daily operation of the pump.

How To Solve It?

1.Flow of the primary pumping station: The pump station takes water from the water source and transports it to the water purification structure. In order to reduce the size of structures, water pipelines and water purification structures, and to save capital investment, it is usually required that the pumps of the primary pumping station works around the clock, so the flow should be designed according to the calculation formula.

2.The head of the primary pumping station: determined according to the working conditions of the water supply system. The head required for the pumping station needs to be in accordance with the formula. When calculating, it should also consider adding a certain safety head, which is generally 1-2 meters.

4.Model and numbers of the pump
1）Large size and small size be both equipped and flexible deployment. When selecting a pump, it is not only necessary to meet the requirements of maximum flow rate and maximum water pressure, but also to fully take into account changes in water consumption.
2）Full range of models and sufficient spares. Too many models are not easy to manage, it is best to choose the same type of pump to work in parallel.
3）Rational use of the high-efficiency section of the pump. Single-stage double-suction centrifugal pumps are the most commonly used (such as GS high efficient split case pump and S split case pump). When selecting a pump, one should know that its economic performance flow is the rated reasonable range. 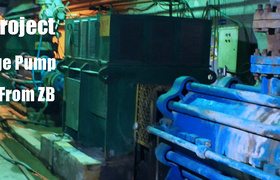 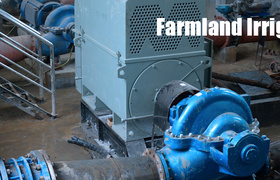 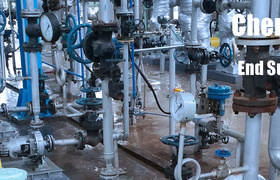 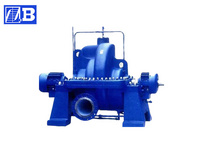 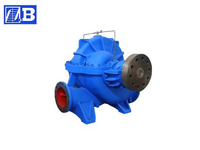