Recently, the international titanium dioxide leader Chemours issued a notice that since September 1st, the price of all specifications of titanium dioxide in China will be raised by 50 US dollars per ton.

Titanium dioxide is regarded as a white pigment with good performance and the most widely used inorganic pigment. It is mainly used in the industries of coating, plastic, paper making and printing ink and etc. The economy has been gradually recovered for overseas developed countries this year, and the real estate market has risen slightly, increasing the demand for titanium dioxide. New economies such as India and Brazil continue to develop, the demand for titanium dioxide has also increased, and has gradually become the dominant force for its growth.

As limited production due to environmental protection inland which has result in the domestic companies lack in production and short in supply. Although the market is currently in the off-season, the price of titanium dioxide could be supported by limited production.

Therefore, Lomon Billions has a very strict requirement in every aspect of chlorinated titanium dioxide production line. The high stability of water supply system is one of the crucial focuses for them. When it comes to boiler feed, circulating water system, purified water system and sewage water drainage system, they choose to cooperate with Zoomlian Pump who has 30 years experience of manufacturing.

Products from Zoomlian pump has the features with high efficiency, energy saving and stable operation which will ensure stability of production line as well as saving costs of production and maintenance for Lomon Billions.

In the end, a relevant official from Lomon Billions said that in the future cooperation with Zoomlian will be on the basis of mutual benefits and expand the industry advantage of titanium dioxide. 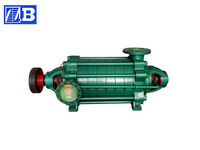