The types of mechanical seal leakage of the commonly used stainless steel corrosion-resistant pumps and the causes and elimination methods are introduced as follows: 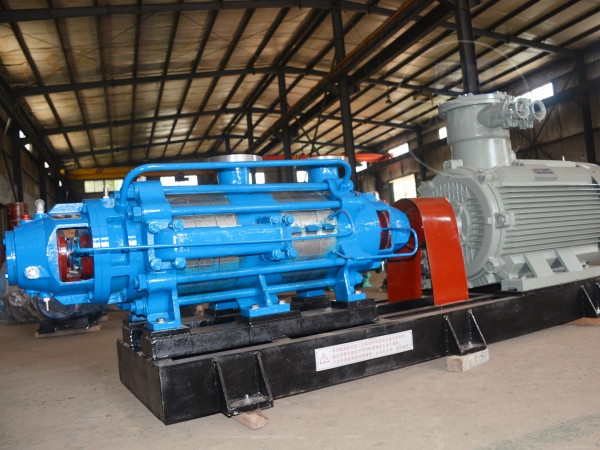 ① The reason for periodic leakage is: the rotor moves in the axial direction, and the moving ring is too late to compensate for the displacement; the operation is unstable, the pressure in the sealed box changes frequently, and the rotor periodically vibrates, etc.

The way to eliminate it is to reduce the axial movement as much as possible, make it within the tolerance range, and make the operation stable and eliminate vibration.

②The reasons for frequent leakage are as follows

a. Deformation of the dynamic and static ring sealing surfaces. The mechanical seal of a strong corrosion-resistant pump may have an excessive end-face pressure, which will generate excessive frictional heat, which will cause the sealing surface to be heated and deformed; the installation structure of the mechanical seal is unreasonable, insufficient rigidity, and deformation after compression; improper installation, Deformation caused by uneven force.

The elimination method is: make the end-face ratio pressure within the tolerance range; adopt a reasonable part structure to increase the rigidity; the mechanical seal should be installed correctly according to the specified technical requirements.

b. Leakage caused by poor inlay gaps between combined moving and static rings.

The elimination method is that the processing of the moving ring seat and the static ring seat should meet the requirements and be installed correctly to ensure the tightness of the dynamic and static ring mounting.

C. The friction pair cannot run in and the sealing surface is injured.

The elimination method is: the friction pair should be ground to achieve the correct running-in; prevent the sealing surface from being damaged, and if it is damaged, it should be researched and repaired in time. Note that the direction of rotation of the spring should be tightened as the shaft rotates to eliminate the eccentricity of the spring or replace the spring to make it meet the requirements.

d. There is debris erosion in the sealing pair

The method adopted is to protect the cleanliness of the sealing pair. If debris is corroded, it should be eliminated in time

e. The specific pressure of the sealing surface is too small to form an end face seal.

The elimination method is: take appropriate measures, such as adjusting and tightening the spring, and appropriately increasing the specific pressure.

The method of elimination is: the verticality error should be made to meet the specified technical requirements.

h. Prevent the end of the pin against the anti-rotation groove.

i. Wrong direction of spring or eccentric spring.

The method of elimination is: the rotation direction of the bullet should be turned tighter and tighter when the shaft rotates, and the spring eccentricity should be eliminated or the spring should be replaced to make it meet the requirements.

According to the cause of vibration, targeted measures are taken to eliminate rotor vibration.

k. Excessive accumulation of scale on the surface of the shaft sleeve prevents the moving ring from sliding freely.

The method of elimination is: the scale on the shaft sleeve should be removed so that it can move freely in the axial direction.

l. There are axial grooves, pits, etc. on the surface of the shaft sleeve at the seal ring.

The elimination method is: replace or repair the shaft sleeve, improve its surface finish, and meet the technical requirements.

③Sudden leakage: the stainless steel corrosion-resistant pump suddenly leaks during operation, a few are due to normal wear or have reached the service life, and most of them are caused by large changes in working conditions, such as evacuation leading to seal damage and high temperature in the pump body Separation of oil and gas, resulting in seal failure. The causes are: evacuation, spring breakage, anti-rotation pin cut off, static ring damage, abrasion or damage to the sealing surface of the ring, and crystalline material formed by leaking liquid that damage the sealing pair.

Measures to be taken: the damaged sealing parts should be replaced in time; to prevent the phenomenon of evacuation; take effective measures to eliminate the influence of crystalline substances formed by the leaked liquid, etc.

④The reasons for the start leakage after parking are: the spring is rusted and loses its function, the surface of the friction pair is coked or scale is generated, etc.

Elimination method: replace the spring or wipe off the rust stains of the spring, take effective measures to eliminate the formation of coking and scale

⑤ Leakage occurs during static test installation. After the mechanical seal of the stainless steel corrosion-resistant pump is installed and debugged, a static test is generally required to observe the leakage. If the leakage is less than 10 drops/min, it can be considered to be within the normal range: if the leakage is greater than ⑩0 drops/min, there is generally a problem with the moving ring or static ring sealing ring: when the leakage is large and spraying around, then It shows that there is a problem between the dynamic and static ring friction pairs. On the basis of the preliminary observation of the leakage amount and the judgment of the leakage location, the manual cranking observation is performed. If there is no significant change in the leakage, the static and dynamic ring seals
There is a problem with the ring; if there is a significant change in the amount of leakage during cranking, it can be concluded that there is a problem with the dynamic and static ring friction pairs. If the leaking medium is sprayed along the axial direction, there are mostly problems with the moving ring seal; if the leaking medium is sprayed around or leaks from the water cooling hole, most of the static ring seal fails. In addition, leakage channels can also exist at the same time, but generally there is a primary and secondary difference. As long as you observe carefully and are familiar with the structure, you will be able to make a correct judgment.