The mechanism of instability
The reasons for the instability of the small flow are mainly the swirling flow generated at the outer diameter of the leading edge of the inducer inlet, the backflow of the centrifugal wheel inlet, the secondary flow in the impeller channel, the wake-jet structure and flow separation in the impeller channel, and The secondary flow at the exit of the impeller when the impeller and volute work together. The existence of these factors affects the flow field distribution of the high-speed centrifugal pump on the one hand, and consumes a lot of energy on the other hand, resulting in a decrease in the head and efficiency of the small flow area. Therefore, it is easy to make the characteristic line of the high-speed centrifugal pump appear positive. The slope rises section, which makes the high-speed centrifugal pump unstable under small flow conditions. The following describes the generation mechanism of these unstable factors.

1. The mechanism of inlet reflux
Many scholars at home and abroad have done research on the mechanism of impeller inlet reflux. Stepanoff is one of the earliest scholars who studied the mechanism of centrifugal pump impeller inlet reflux. He believes that the liquid flow is maintained by the energy gradient. When the flow rate drops to close to zero, the impeller may make the inlet flow due to the inertial force of the liquid. The surrounding circumferential speed increases, so the energy near the tube wall increases, which makes the energy gradient necessary to maintain the liquid flow along the streamline no longer present, so the liquid flow near the impeller inlet reverses. Fraser believes that the centrifugal head is constant for a given impeller diameter and flow, and the dynamic head is a function of the flow. At certain points on the head-flow curve, once the dynamic head exceeds the centrifugal head, the pressure gradient at these points is reversed. Direction, leading to the opposite flow direction, that is, backflow phenomenon. Literature 3 analyzes the mechanism of low specific speed centrifugal pump impeller inlet backflow from both theoretical and experimental aspects. It is believed that the rotation speed component is the main reason for the impeller inlet backflow, and points out that the backflow is the main reason for the small flow instability.

2. The secondary flow and stratification effect in the flow channel of the centrifugal impeller
Current flow field analysis and flow test research have shown that the flow in the centrifugal impeller channel is basically composed of a wake zone with a relatively low relative velocity and a jet zone that is almost inviscid. The wake zone is close to the front cover of the impeller. On the plate and non-working surface, the wider the wake area, the thinner the shear layer between the jet and the wake, and the greater the velocity gradient between the two, which means that the jet-wake structure is stronger, and the loss in the impeller is also It gets bigger. The formation and development of the wake are formed by the mutual influence of the development of the boundary layer, the development of the secondary flow, the flow separation and the stratification effect.
Regarding the formation of the secondary flow and its influence on the wake, many scholars at home and abroad have done research. Qualitatively speaking, the following formula can be used to analyze the secondary flow in the impeller rotating channel:

3. Wake-jet structure and flow separation
As mentioned above, the flow in the centrifugal impeller channel is basically composed of a relatively small wake area and a nearly non-viscous jet area. Taking into account the viscous effect of the real fluid, the working surface and non-working surface of the BB channel are A boundary layer is formed. Under the action of blade curvature and rotation, the boundary layer on the non-working surface becomes thicker and thicker due to the influence of the secondary flow. It is easy to stall at a small flow rate, which leads to the separation of the boundary layer. 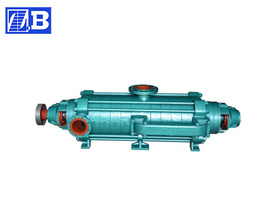